According to Ashoora news from Mehr news:

Some believe that Joe Biden’s projected victory in the 2020 US presidential election could have economic, diplomatic and security repercussions for the Islamic Republic and for West Asia (Middle East) in general. During the campaign, he repeatedly pledged to reenter the Iran nuclear deal (JCPOA) that President Obama negotiated in 2015 and President Trump abandoned in 2018, but he suggested the deal needed to be updated and broadened. “If Iran returns to strict compliance with the nuclear deal, the United States would rejoin the agreement as a starting point for follow-on negotiations,” Biden wrote in an op-ed in September 2020. “With our allies, we will work to strengthen and extend the nuclear deal's provisions, while also addressing other issues of concern.”

A couple of weeks before taking office, President-elect Joe Biden officially announced the key members of his cabinet.

Two key and influential members of the cabinet that will play a key role in making the US foreign policy are Anthony Blinken, Secretary of State and Jake Sullivan, National Security Adviser.

Aside from Biden himself as Obama's first deputy, Blinken, Sullivan, and other members of the proposed cabinet were active in the Obama administration. Therefore, it can be said that Barack Obama is likely to play an effective role in directing the policies of the next US administration.

To know more about Biden's approach towards the region and Iran that has had a close relation with separatist and terrorist groups in the region and his team's, we reached out to Dr. Bilgehan Alagoz, an international relations professor at Istanbul Marmara University.

​As Blinken is very pro-Israel and at the same time it is said that he defends the rejoining of the US to JCPOA. Do you think that he will return to the JCPOA without new preconditions or he will ask for negotiations on Iran's missiles?

During the Trump Administration, the rejection of the Obama era was essential. For this reason, a foreign policy approach which is also called  “withdrawal policy” was adopted and the US withdrew from the agreements signed under the Obama Administration including the JCPOA and the Paris Agreement. The Biden Administration is expected to return to the globalization policy led by the USA. The State Department and the National Security Advisory positions Biden has announced so far have raised questions whether it will be a repeat of the Obama era or not. In my opinion, names like Antony Blinken and Jake Sullivan remind us more of the George W. Bush era. Once again we are facing a neo-conservative team that reminds us of interventionism rather than diplomacy for the Middle East. Blinken is an experienced diplomat and who is actively involved in JCPOA. When we look at his statements, we see that the Biden Administration has an intention to return to JCPOA in the short term. However, Blinken and Sullivan are drawing attention to the fact that they would also “immediately begin negotiating a follow-on agreement that deals with some ongoing concerns with Iran in respect to its nuclear program and its behavior” in the region. The content of this follow-up agreement is not clearly specified. Yet another issue is the statements that Iran should be excluded from Syria and Iraq completely. Since this region, which Iran defines as the Axis of Resistance, is a part of the national security doctrine, it is not possible for Iran to accept this request of the  Biden Administration. Therefore, I am not optimistic about Biden's foreign policy team for the future of the Middle East. On the contrary, I think that the interventionist foreign policy we saw during the George W Bush period will emerge. This has to be an alarming situation for Iran. 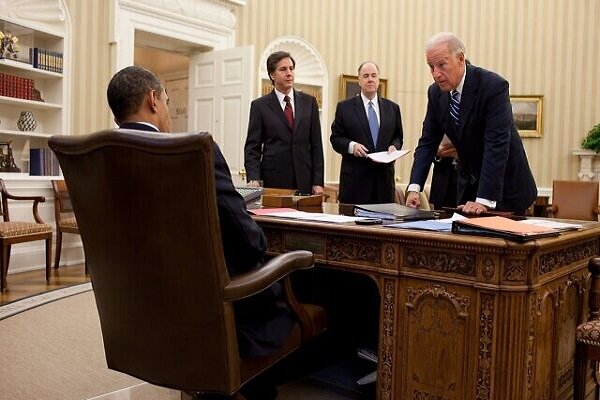 Don't you think that Turkey and Iran will have tougher days ahead in West Asia ( Middle East) during Biden's presidency because he and his team are very interested in reshaping the region through very complicated methods?

In 2015- 2016 there was a serious crisis between Turkey and Iran. However, for the last four years, relations have been progressing on a diplomatic ground, and the two countries pay great attention to cooperation concerning security issues. On the other hand, Iran, Turkey and Russia continue their agenda within the context of the Astana process. Thus the Middle East today has distinctions from four years ago. However, the Biden Administration's Middle East plans can be a game-changer if Turkey and Iran do not continue to cooperate with each other for their vital interests. The United States wants to hide that the YPG is a continuation of the PKK by transforming its name into SDF, but we know that this is just an illusion. Unfortunately, it has become the US's utmost aim to give ground to YPG in the Syria and Iraq axis in order to contain Iran. Thus YPG/PKK is not only a threat for Turkey but also a national security concern for Iran. Thus the Biden Administration’s desire to reshape the Middle East is limited if Iran and Turkey continue the bilateral security cooperation.

UD Dems pretend that they are strong supporters of democratic values, do you think that during Biden's term in the White House we will see a meaningful change in US support to undemocratic Arab rulers in some reactionary Arab states like UAE or Saudi Arabia?

As part of “ The America First Energy Plan” Trump turned the USA into a global energy giant. This reflects a new competition area for Saudi Arabia, which has an economy based on oil revenues. As a matter of fact, due to its attitude at the OPEC meeting last April, Saudi Arabia was subjected to intense pressure from the USA. Although the Biden Administration says that he will adopt the Green New Deal in terms of energy production, it will not be easy for him to give up the energy politics that transformed the USA into a global energy actor during the Trump era. Therefore, the USA and Saudi Arabia are now in a rivalry in the energy market. For this reason, it is likely that the Biden Administration will occasionally bring up the issue of democracy as an instrument of pressure in order to manipulate Saudi Arabia concerning oil prices.