Supreme Leader of the Islamic Revolution Ayatollah Seyed Ali Khamenei hailed the role played by the Iranian nurses in combatting and curbing the deadly coronavirus disease. 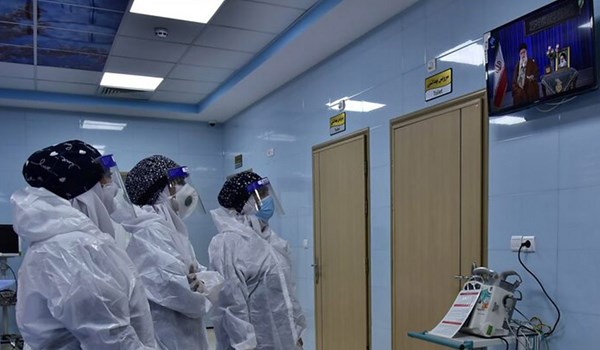 The Supreme Leader, meantime, congratulated the nurses on Nurse Day while extending his condolences to the families of the nurses who lost their lives in the fight against coronavirus pandemic.

"I congratulate all nurses on the National Day of Nurses -- which is named so after Lady Zeinab (PBUH) -- and I feel it my duty to express my condolences to the dear and respected families of nurses who lost their loved ones to the COVID-19," Ayatollah Khamenei said.

Referring to the great work that nurses are doing in containing the spread of deadly diseases at the present juncture, Ayatollah Khamenei said that their heroic work made people realize the importance and high value of their jobs.

"Nurses are the angels of mercy for the patients. This is a true metaphor and not an exaggeration at all. Nurses take care of both the body and soul of the patient. Nurses are in fact sympathize with, caress, and comfort the patient," he added.

The Supreme Leader said that nurses are medics' partners and colleagues, adding, "If a patient who requires a nurse receives medical care from the best physicians but no nurse is present to support him/her, the patient's recovery will be very difficult."

"During the COVID-19 epidemic, our nurses have sacrificed in a way that has astounded everyone! During the epidemic, people realized how significant a nurse's job is and what lofty values it has," he further said.

She is best known for her courageous and eloquent role supporting her brother, the second Shiite Imam Hossein (PBUH), before his martyrdom in the Battle of Karbala, and for protecting his family in the following months of Umayyad imprisonment.

In Iran, Lady Zaynab's birthday is commemorated as Nurse Day due to her efforts and sacrifices to take care of children such as Imam Hossein’s son Ali Zayn al-Abidin and those wounded in the Battle of Karbala.

Meanwhile, a senior academic official said that Shahid Beheshti University of Medical Sciences in Tehran has manufactured 40 products in nationwide campaign against coronavirus.

“429 essays and 40 products in area of fighting against coronavirus have been produced,” Deputy Head of the University for Research Affairs Afshin Zarqi said on Tuesday. 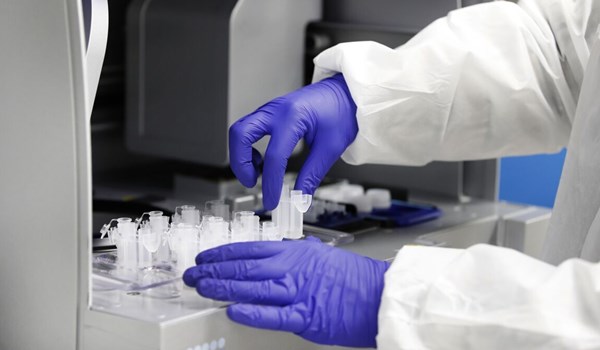 He added that 105 knowledge-based companies are stationed in the University, noting that 153 products, including the anti-coronavirus products, medicine and test kits, have been produced by them.

Zarqi also said that the University has ranked first in Iran in the field of technology.

Iran has been highly praised for its robust response to the coronavirus disease as many governments and organizations keep castigating the US for its refusal to lift illegal sanctions to let the country access medical supplies and vital equipment needed to confront the virus.

Rouhollah Keshavarz, the designer and producer of the kits, said on Saturday that the S-specific antigen and the special formulation of the solutions are special features of these two kits.

He added that the two kits make it easy for the laboratory expert to perform the test and also use of class-A antibodies along with class G antibodies has increased the sensitivity of these kits.

Moreover, Iranian Deputy Health Minister Iraj Harirchi declared the country’s efforts to supply coronavirus vaccine to the nation, saying that the Iran-made vaccine which is in the human trial phase will be produced based on highest standards.

“The producers of Iran-made vaccine have declared that it will be produced based on the best standards,” Harirchi said on Sunday. 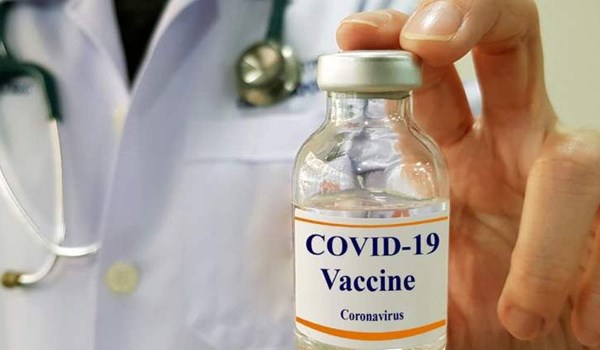 He added that purchasing coronavirus vaccine from foreign states and joint production with other countries are also on the Iranian health ministry’s agenda.

“Given the fact that necessary license has been issued by the health ministry after successful tests on animals, a process starts today to enroll individuals willing to participate in the final test stage of the Iran-made coronavirus vaccine,” Head of Iran’s Headquarters for Executing the Order of Imam Mohammad Mokhber said. 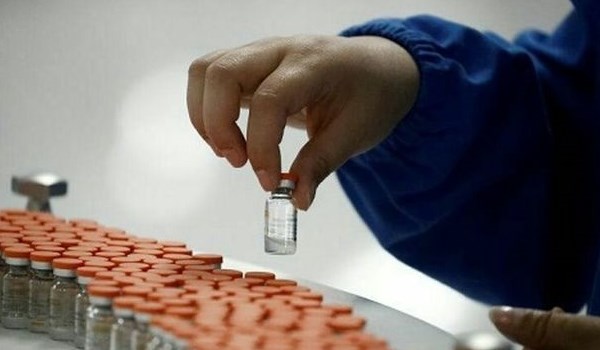 He added that individuals with the needed standards and feature, including age range and physical health, can volunteer for the process.

A member of the scientific committee of the National Task Force for Fighting Coronavirus and a researcher on the Iranian COVID-19 vaccine production project announced on Monday that all preparations have been done for the start of the human phase of the vaccine and will be done in the coming days.

"This vaccine's human trial has different phases and it will be injected to 56 people in the first phase," Minoo Mohraz said.

She explained that the vaccine is given twice to the volunteer people, and said, "The first vaccine injected produces antibodies in the body after a while, but the main antibody that creates immunity is produced after the second injection."

Mohraz noted that the Iranian vaccine company's actions have been registered with the Food and Drug Administration (FDA) and the World Health Organization (WHO). Without FDA permission, a new phase of the vaccine would not have been possible.

"If the test is successful and gets a manufacturing license from the FDA, it looks like the vaccine will enter the domestic market by late spring," the official stated.

She pointed out that until the domestic vaccine is made, it is necessary to prepare imported vaccines, and the relevant authorities are working hard to achieve this, she noted.

Recalling that two of the vaccines have been approved up to now, Mohraz said, "We are having some trouble buying vaccines due to US sanctions, but the government is following up."

She stressed that vaccines should now be available for high-risk groups and medical staff, such as nurses and physicians who deal directly with patients.

Meantime, Iran has ordered quarantine measures on British travelers who have arrived in the country over the past two weeks in a bid to prevent the spread of a new variant of COVID-19 circulating in the UK.

Iranian Health Minister Saeed Namaki said on Monday that the UK travelers who have arrived in Iran over the past two weeks will be quarantined until results of their medical tests are known. 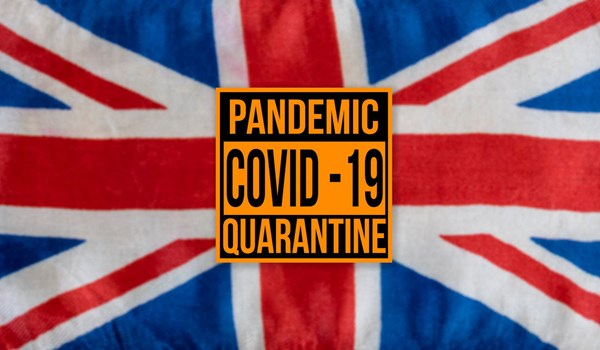 “All people who have arrived from Britain either directly or indirectly over the past two weeks should be screened, quarantined and strictly controlled till the results of the related tests are known,” he said in a decree to one of his deputies.

The Iranian health ministry announced on Tuesday that 6,208 new cases of coronavirus infection have been identified across the country during the past 24 hours, adding that 187 patients have passed away in the same period of time.

"6,208 new patients infected with COVID-19 have been identified in the country based on confirmed diagnosis criteria during the past 24 hours,” Iranian Health Ministry Spokeswoman Sima Sadat Lari said on Tuesday, and added, "915 patients have been hospitalized during the same time span.” 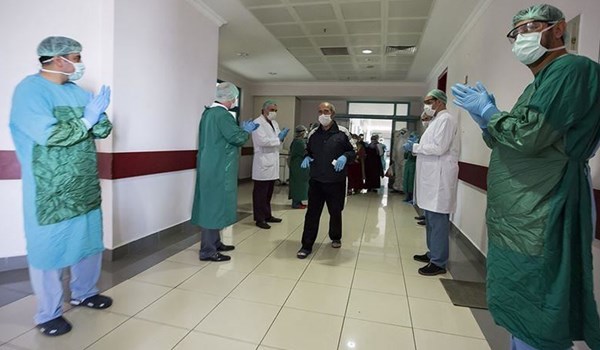 “Unfortunately, 187 patients have lost their lives in the past 24 hours, increasing the number of the dead to 54,003," the spokeswoman noted.

Lari expressed satisfaction that 903,998 coronavirus patients have recovered or been discharged from hospitals so far.

The spokeswoman further said that 5,467 cases infected with COVID-19 are in critical conditions.

She went on to say that 7,149,357 coronavirus diagnosis tests have so far been carried out across the country.

Lari warned that 205 cities and towns are still marked orange and 243 others are in the status of alert (yellow).